Cookies help us deliver our services. By using our services, you agree to our use of cookies. Learn more

In particular deficit based change approaches have an unfortunate propensity to reinforce hierarchy, wherein “less than ideal” individuals, who learn to accept what sometimes becomes a lifelong label, are encouraged to enter “treatment programs” under expert supervision; to erode community, wherein the the mental health professions appropriate the process of interpersonal realignment that might otherwise (in other eras) have happened in a nonprofessional contexts like the family or community; to instill a sense of self-enfeeblement,wherein deficit terms essentialize the person and like a birthmark or fingerprint, the deficit is expected to inevitably manifest itself into many aspects of their lives (it is a “thing”); to stimulate endless vocabulary expansion wherein people increasingly construct their problems in the professional languages (diagnosing each other) and seek more help which in turn increased the numbers in the profession who are rewarded when they expand the vocabulary—“to explore a new disorder within the mental health sciences is not unlike discovering a new star in astronomy (p.159)”. Gergen sums up: “As I am proposing, when the culture is furnished with a professionally rationalized language of mental deficit and people are increasingly understood according to this language, the population of “patients” expands. This population, in turn, forces the profession to extend its vocabulary, and thus the array of mental deficit terms available for cultural use (p.161). Is there no exit from such progressive infirmity?

After talking this over with the people in the inner city Chicago conference—and tracing the vocabularies of human deficit not only to the rise of the professions but also to the rise of bureaucracy, skeptical science, original sin theological accounts, the cynical media—the Alinsky trained activist sat down in a gasp. He said: “in the name of entertainment my people are being fed negative views of human violence—and they are surrounded by endless description of their negative “needs” their “problem lives”. Even 19 20 in my methods, the same. And what do I see? I see people asleep in front of their TVs. Unable to move, like sleeping dogs. Yes they have voice in the housing project assessments. But it is a certain kind of voice…it is visionless voice. They get to confirm the deficit analysis; all the reports are the same. “Yes” they say, “The reports are true”. What is hitting me right now is how radical the AI message might be. Marx could have said it better: perhaps the vocabularies of human deficit are the opiates of the masses. People have voice in the analyses—this involvement is what we fought for. But people are not mobilized by it anymore. No, they are asleep. Visionless voice is probobly worse than no voice. 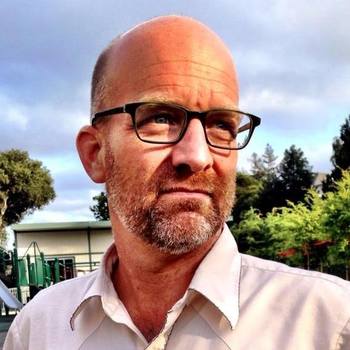